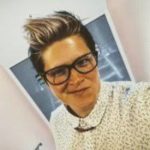 Pictured above: Lewis receiving the Digital Leaders 100 Award in 2017 for Mobile Innovation of the year for his charity Friend Finder Official.

Every year AbilityNet gives a Tech4Good Special Award to someone truly inspirational who captures the spirit of Tech4Good. This year, the award has been given to 17-year-old Lewis Hine from Portsmouth.

Lewis is a social media phenomenon and a tireless disability rights campaigner. Three years ago he set up Friend Finder Official to help reduce isolation among children with chronic and life-limiting conditions, after feeling the loneliness of a long term health condition himself. Liam and his team use social media to arrange proms, Christmas parties, discos, wheelchair basketball, gaming sessions, soft play sessions, indoor skiing and much more. They also use Near Field technology and AV1 robots to make those connections and experiences easier and more possible.

Lewis was 17 months old when he was first diagnosed with a brain tumour and has battled with illness ever since. He’s had more than 13 brain surgeries among other operations and treatments.

Over the years he has missed quite a lot of school and the opportunity to form close friendships. In his early teens he became more aware of the friendship gap felt by other children like him. This led to him setting up Friend Finder Official.

Making friendships easier with Near Field

Explaining the tech Lewis uses, his mum Emma Hine tells AbilityNet: “Lewis uses two types of technology with Friend Finder. He uses Near Field technology connected to a USB stick in the shape of a little plastic hand –  this is from an amazing company called Poken. Lewis pre-loads the hands with the young person’s information and then at friend finder events all the young people are given a hand. When two hands are near each other or touch, they glow green and exchange information.

“This is great for disabled and sick children as many have trouble writing things down. After the event, the young person puts the hand USB stick into their computer and it takes them to the friend finder world platform where they can continue to talk to the friends that they’ve made at the friend finder event.

Emma continues: “The other piece of technology is an AV1 robot from the company No Isolation. The robot is a telepresence robot that works on the 4G network or wifi and enables a young person to attend friend finder events from their hospital bed or bedroom. It also enables the young person to attend school remotely so they don’t miss out on education and can still be in lessons and talk through the robot from their hospital bed. Lewis actually uses one of the robots himself to attend college.”

On his website, Lewis explains more about why he set up friend finder: “Every time I started to make friends at school I would end up back in hospital. Things were tough, and I never got invited to birthday parties or to anyone’s house after school for dinner or to just hang out and socialise! I discovered that I was far from alone and that there are over one million children in the UK that miss school due to a long-term illness and that is when the idea of Friend Finder began.”

The charity has now helped more than a thousand children make friends and is inundated with requests globally from children and their parents who want to know when Friend Finder will be coming to their part of the world.

Friends are key to mental and physical wellbeing

“I truly believe that having a friend is one of the most important things in life and is key to our mental and physical wellbeing,” says Lewis. “Everyone needs someone to talk to, to smile, to laugh and sometimes cry with!”

Mark Walker, marketing manager for AbilityNet and organiser of the awards, said Lewis was a very obvious winner: “Every year we give an award to someone in the public eye, someone who we think embodies the spirit of Tech4Good and who is inspiring others.

“Lewis is a phenomenal young person. At the age of 14 decided he wanted to use technology to make the world a better, to help people truly experience what every person wants – to feel a deep connection with others and be able to share their joy and pain with people who understand. The judges all agreed that what Lewis has achieved is worthy of special recognition, so he has joined the ranks of Sir Jimmy Wales, Maggie Philbin and Professor Stephen Hawking as our 8th Tech4Good Special Award winner.”

Lewis has been interviewed by the national press, appeared on national television, filmed a CBBC documentary about his life, written a book and received many prestigious awards for his work. He recently received $20,000 in the Bakken Invitation Award which he hopes to use to take Friend Finder global.

Emma adds: “I am so proud of Lewis winning the AbilityNet award. His passion and determination to improve the lives of disabled and chronically sick children is incredible, especially for a young person that is fighting his own life-limiting illness.

“Lewis’s life is not easy which is why he recognised how technology could help make things more accessible and help make his life easier. He is my inspiration and the reason I get up every morning. His vision to change the world is so inspiring and I truly believe he really is making a difference.”

This post first appeared here on the AbilityNet blog. 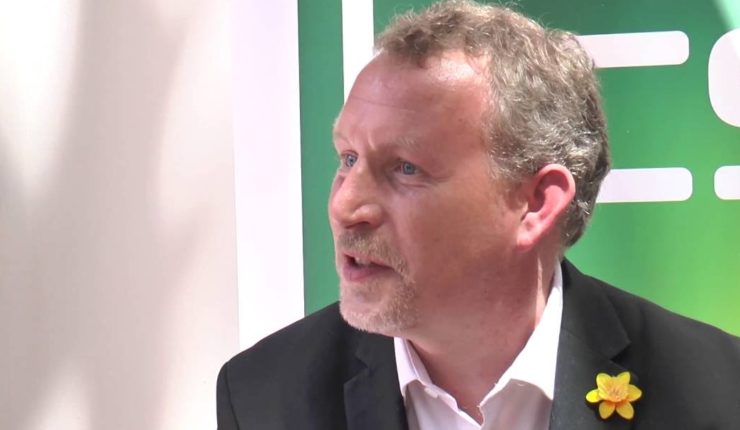