A recent study from PwC has revealed some worrying trends in diversity in the technology sector. A staggering 78% of students were unable to name a famous woman working in tech. At the same time, the number of females choosing STEM subjects at GCSE level dropped by 20,000 in 2018.

Without having leaders to aspire to there are fewer women following them into the industry. It’s an area that needs to be addressed urgently. We’re facing a global crisis with a shortage of tech skills, and having fewer students will have a devastating impact on that if we let it continue.

There’s no doubt that this will subsequently affect leadership, an area where technology already sees a massive lack of representation compared to other industries. Women hold only 5% of senior tech positions, which compared to an average that is well over 20% outside of the industry, is clearly lagging behind. Our survey revealed that only 38% of employees feel that the company they work for is gender diverse. The fact that women only fill 15% of STEM positions appears to back this up.

Addressing this balance will be a challenge, but the good news is that it will benefit companies greatly. With females outperforming males in 21 of 27 leadership competency challenges, it’s likely that a concerted effort to improve gender balance will be rewarded at a senior level. However, it also requires work at the entry level. During the recruitment process, there’s much to be done to try and encourage women to apply for positions, but there are also simple changes businesses can make.

Gender neutral job adverts are the easiest way to try and entice a more diverse pool at the application stage. You may feel like you want to build an army of high tech warriors on your team, but using masculine terminology has been proven to prevent females putting themselves forward for jobs. Using aspirational language instead of masculine vernacular will achieve greater results—for example, what are your team’s goals? Even replacing the word ‘build’ with ‘create’ is likely to encourage a more balanced pool of applicants.

Women will often question whether they lack the experience or skill set that is being asked for during the application process, compared to men who will likely apply regardless. When listing the knowledge base you want from prospective candidates, double check with your team if everything on there is necessary for the role. If it isn’t, either remove the non-essentials or make it clear in the advertisement itself what you’re looking for and what is simply a preference.

Once you’re into the interview process, you need to be able to sell the position to female applicants. Childcare is likely to be a greater consideration, so benefits such as flexible working will always be a big incentive to help accommodate that. If you have any policies that encourage a healthy work/life balance (such as not responding to emails while at home), it’s also worth promoting these.

The benefit to companies will be far–reaching. As well as sending the right message to young women considering technology as a career, you will notice improvements much closer to home. More people studying STEM subjects means more people entering the ecosystem and, best of all, a significantly wider candidate pool to hire from.

It will take time for the technology sector to catch up with other areas of employment, but there are many changes we can implement now that will benefit women and tech employers both in the short and longer term. 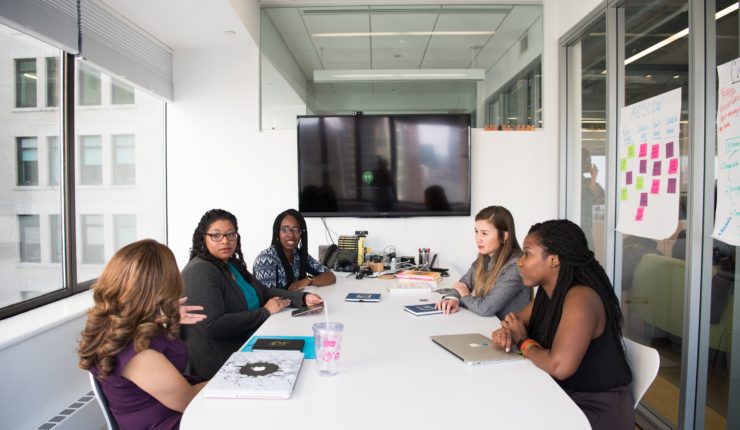 The voice of the next generation